DIF CIF II targets equity investments in the small- and mid-sized economic infrastructure market in pre-dominantly telecom, transportation and energy. DIF CIF II focuses on resilient companies and platforms that have a clear buy-and-build strategy – all with an asset-heavy business model. Its investments typically have medium-term contract cover and strong value enhancement potential. The fund targets both greenfield and operational investments, with a key focus on Europe and North America.

DIF CIF II is the successor fund of DIF CIF I, which held its final close in November 2017 at €450 million and invested in 13 companies and platforms in the telecom, energy and transportation sectors. DIF CIF II has seen strong backing from existing (both CIF and Traditional DIF funds) and new investors to the DIF platform, receiving commitments from leading institutional investors from EMEA and North America.

Allard Ruijs, Partner at DIF Capital Partners said: “We are thankful for the strong support received from investors for the DIF CIF II partnership. The CIF strategy is a relatively young strategy for DIF and the success of the fundraising of this second fund, especially during unprecedented and challenging Covid-19 times, shows the strength of the DIF platform and the attractiveness of the DIF CIF II proposition. The fact that many of our existing investors, from both DIF CIF I and the Traditional DIF funds, have backed this strategy proves that our investors value the complementarities of the two strategies. The fund will be leveraging DIF’s large global office network and dedicated local teams to source and manage attractive investment opportunities and build a resilient and diversified portfolio.”

DIF CIF II has made a strong start, having committed to five investments to date thereby deploying ca. 35% of the fund. This includes investments in (i) Valley Fiber, a Canadian telecom infrastructure platform, (ii) IELO, a French B2B wholesale fiber operator and developer, (iii) Touax Rail, a French railcar leasing company, (iv) 4th Utility, a UK fiber developer, and (v) Bartolomeo, an Irish container leasing platform. Furthermore, the fund has a strong pipeline of investments across its target sectors and geographies. 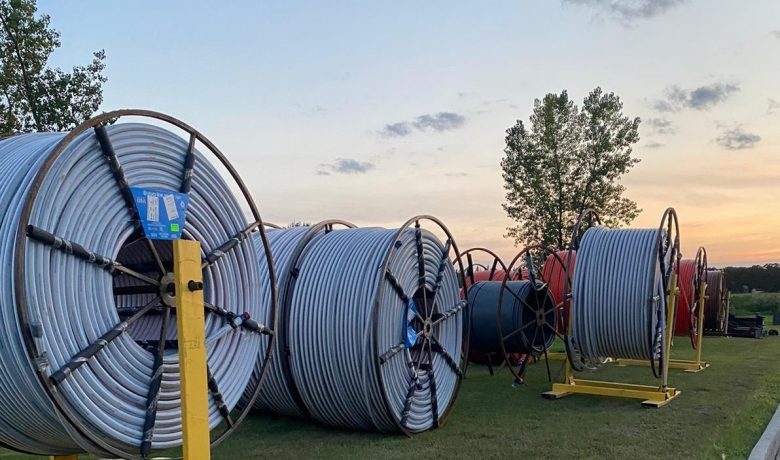